19 October, 2021 – A microdisplay breakthrough from University of Cambridge spin-out Porotech is set to accelerate the long-awaited commercialisation of augmented reality (AR) glasses. The micro-LED pioneer has created the world’s first microdisplay based on native red indium gallium nitride (InGaN) – with an active area of 0.55 inches diagonally and a resolution of 960×540.

Until now, it has only been possible to produce blue and green microdisplays using GaN-based light-emitting devices – with red emission relying on devices based on aluminum indium gallium phosphide (AlInGaP). But AllnGaP struggles at the small pixel sizes required by AR, so there is a drastic efficiency drop as the device size decreases. And, to produce a full-colour display, the light from different panels has had to be combined.

The Porotech breakthrough means that, for the first time, all three light-emitting elements can be produced using a single toolchain – and it removes the complexities of mixing devices based on different material structures.

“AR technology is set to be a game changer and micro-LEDs are particularly vital for the advancement of AR interfaces,” said Porotech CEO and co-founder Dr Tongtong Zhu. “In traditional liquid crystal displays (LCDs) the image is a result of both modulating and filtering the light from a white back-lighting module. As such, most of the light created by the panel is wasted by the very working principle of the display. In addition to this inefficiency, the various filtering, diffusion and modulation stages of the LCD display impose limits on how lightweight the final display can be.

“Emissive display technologies, on the other hand, only produce the light that is required of them – allowing for the final devices to potentially achieve much higher efficiencies. Self-emitting displays based on inorganic semiconductors can also be produced in monolithic fashion, allowing them to more easily scaled down than traditional LCD or organic semiconductor displays – allowing for smaller, lighter, brighter and reliable high-resolution displays to be made.”

The stumbling block so far has been the need to combine light-emitting devices based on different material structures. One solution has been the use of prisms – but this is a relatively large and bulky approach. Stacking emitting layers on top of each other is another option but this results in the light emitted by each colour coming from a different depth in the display – complicating the design of the optics and requiring very high precision in both the pitch of the LEDs in each display, as well as the alignment of the various layers in the structure. Combining LEDs from different materials onto one panel horizontally is an alternative approach – but this requires very high precision in placing each individual LED element and other optical components.

“Porotech’s new class of porous GaN semiconductor material is now redefining what is possible – enabling the creation of efficient and bright native red InGaN micro-LEDs and microdisplays,” said Dr Zhu. “This has been the missing piece of the puzzle until now. As well as reducing costs, the bright native red can push the maximum achievable wavelength to 640nm and beyond – a first for microdisplay visualisation. Our breakthrough is now set to accelerate the commercialisation of AR glasses as well as heralding a new era of brighter, sharper, more vivid microdisplays for products such as smartphones and smartwatches.” 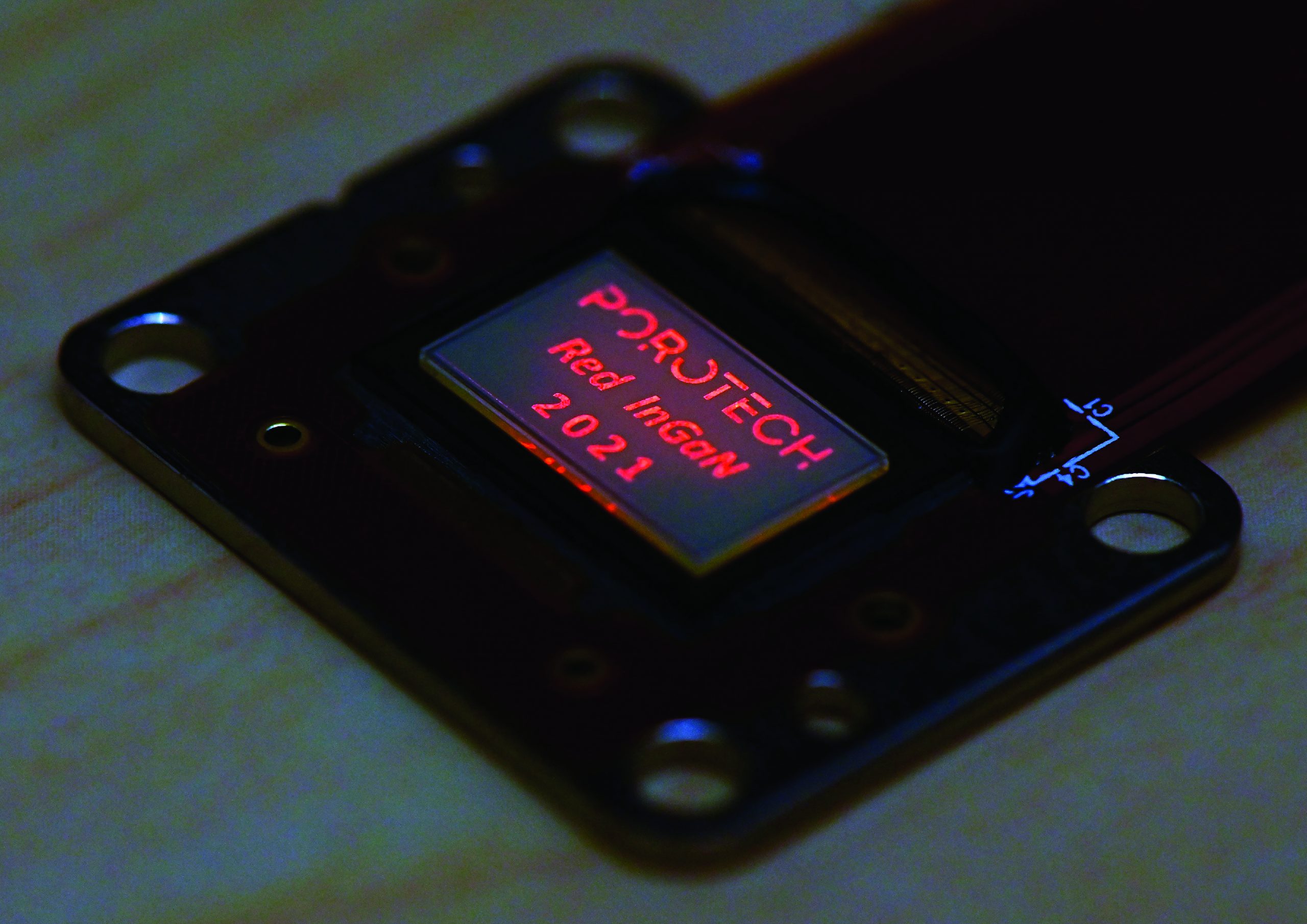