11 August, 2021 – University of Cambridge spin-out Porotech has today announced its first partnership – with Jade Bird Display (JBD) in China, a leader in micro-LED display technology. Porotech will be providing Shanghai-based JBD with its unique porous gallium nitride (GaN) technology that is set to transform the electronics industry.

Porotech’s display technology breakthrough heralds a new era of brighter, sharper, more vivid microdisplays for even the smallest devices. Micro-LED is the next major leap forward for displays on products such as smartphones, smartwatches and VR/AR headsets. It is particularly useful in outdoor settings, where sunlight can often make existing displays difficult to see clearly.

But the performance of current micro-LED technologies deteriorates as the device size decreases. Now Porotech has created a new class of porous GaN semiconductor material that is redefining what is possible. It offers performance improvements that are suitable for mass production and can be customised for individual customers’ needs.

“This partnership will enable both JBD and Porotech to meet the demands of micro-LED displays in the future,” said Porotech CEO and co-founder Dr Tongtong Zhu. “Micro-LED displays using GaN-based material technology are widely seen as the only technology that can deliver displays bright and efficient enough to meet the requirements of VR and AR. Our proprietary technology is robust but also flexible enough to be tailored to the needs of different applications.”

JBD founder and CEO Qiming Li said: “As a leader in micro-LED display technology, JBD can see the enormous potential of Porotech’s breakthrough – and we are keen to work with this revolutionary technology to create a new generation of microdisplays.”

Earlier this year, Porotech raised £3m to fund the next stage of development of its unique micro-LED production technique. The funding round was led by Speedinvest, with participation from previous investors IQ Capital, Cambridge Enterprise, Martlet and Cambridge Angels.

Founded in 2015, JBD has been focusing on developing the smallest, brightest, and most efficient micro-display panels. With a fab established in Shanghai CHINA, JBD is considered as one of the leaders in microLED display technologies with its portfolio of active matrix microLED displays. For more information, visit JBD’s website, Linkedin or Twitter pages. 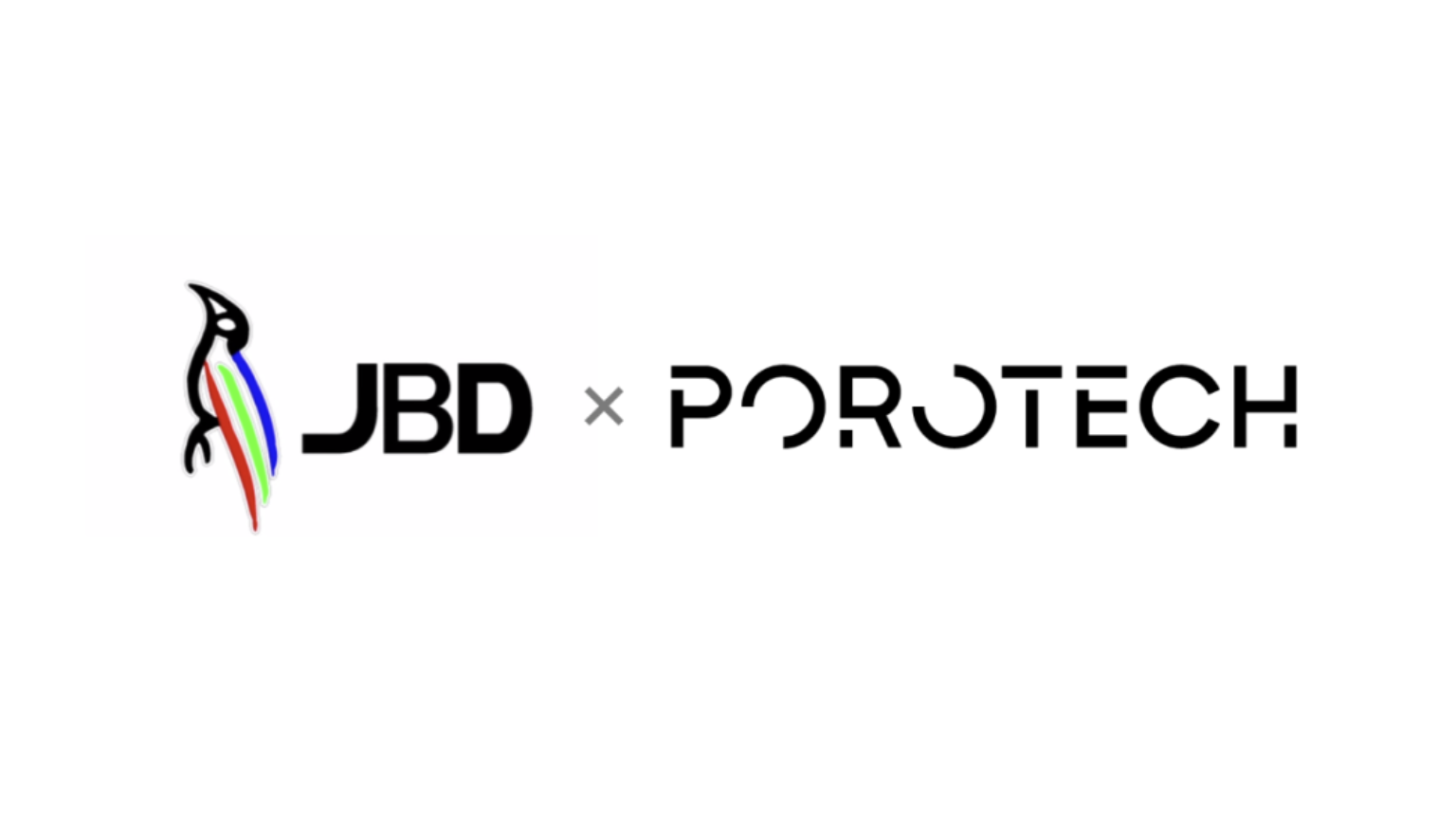